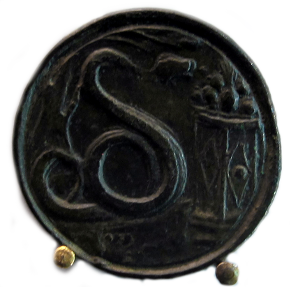 This is a small mastodon instance with the goal of helping people get into using the Fediverse and give a gentle introduction by providing an instance populated with people they know directly, or at one step remove - friends and friends-of-friends. The idea behind this was to make an instance linked to the sort of geeky and/or roleplayer community of Hanging Town and its surrounding area, but also open to people connected to that wide social environment by various means. The goal is curate a good friendly atmosphere of people many of whom are reasonably geographically local (sort of like the old days of regional BBS), but with some a bit further away, and to ask the question "If you could run your own social network what would that look like?"

People are expected to just use this server as is, or once they've established themselves (which can take time) to to find other instances and places on the Fediverse they prefer and migrate away.

This is not a public instance, if you want an account feel free to apply for one and let the admin know who you are.

Oh and please set a profile picture, even if its not of you but of something totally random, default profile pics just piss your humble admin off.

This experiment has been running since late 2018 and is extended through late 2020 - and then will be extended if enough people are still using it and want to carry it on, if not people will get several months notice and help from the admin to migrate to other instances.

Oh there's also an XMPP server available (super duper no guarantees on that uptime) and a Friendica node in development, give the admin a poke if you're interested in either of these ideas.

We are broadly following the code of conduct from the flagship instance, roughly reworded for application here - honestly I'm not really expecting this to come up much

Server resources (like the Earths resources) are not infinite. Admin time, patience, and knowledge are also not infinite. However both these things are there to be used - just try not to exhaust them.

See the terms of use/privacy policy for details on data handling, resource usage policy, and general situations in which the admin may wind up peering at your data or asking and helping you to migrate to another instance, as well as legally where this server exists and which governments may fuck with us.

This instance blocks a number of shitty instances, if you view this page while logged in you'll see a list

Don't like the single or multipane interfaces and want something a bit more familiar/unusual? Then why not try:


Glorious Artwork, Addons, and thanks

Our Instance thumbnail is a picture I took of Clougha Pike along with the Mastodon mascot from the default banner.

Our mascot image is provided very helpfully by Sailko under CC BY-SA 3.0, the original is on Mediawiki. It is a Roman Genius Loci medal (see "Ancient Roman medals in the Museo archeologico nazionale (Florence)" and Genius Loci).

We have a relay feed from https://relay.mastodon.host - thanks peeps :)

This instance uses Mutant Standard emoji, which are licensed under a Creative Commons Attribution-NonCommercial-ShareAlike 4.0 International License.